The import tariff applied by the US to the Bombardier C-Series aircraft order has raised the hackles of the EU and the UK governments. Further to our report on the Bombardier import tariff of 220% being increased to 300%, there has been more reaction from Bombardier in particular. It may also have raised doubts in the minds of some regarding post-Brexit US-UK trade agreements. Can the US be trusted? 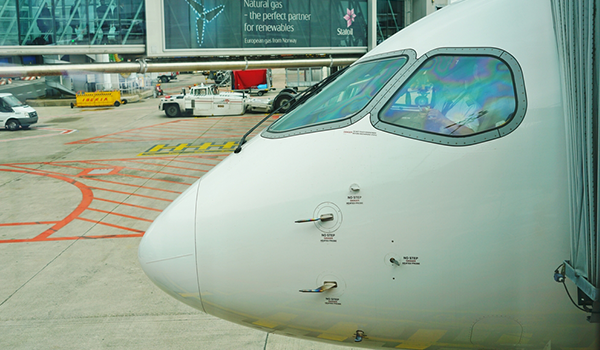 A Bombardier spokesman has stated that the extra 80% import tax on the Bombardier C-Series aircraft was an ‘egregious overreach and misapplication of US trade laws’ – ‘egregious in this context meaning ‘shocking.’ He also commented on the hypocrisy of the US Commerce Department throughout the investigation.

This ruling of a 300% import tax would obviously more than triple the cost of the aircraft. This would leave the field wide open for the US company Boeing to take over the Delta Airline order. However, there is another more wide-ranging aspect of the ruling.

Can the US be Trusted to Stick to Post-Brexit Trade Agreements?

How can the UK believe in any trade agreement with the US after Brexit? This type of protectionism is anathema to such agreements. Bombardier offered a price to Delta for 75 of the Bombardier C-Series aircraft. US competitor, Boeing, then made a complaint to the US Department of Commerce.

The basis of the complaint was that Bombardier received government subsidies to enable them to undercut Boeing. The question is not whether this is true or not. The issue relates to the speed with which the US Commerce Department placed not just one import tariff but two.

First 220% then another 80%. These are very high tariffs, designed to make it impossible for Bombardier to export to the US. They open the road for Boeing to step in to provide aircraft to Delta. That is protectionism!

Final Ruling Next Year: Will EU and UK Apply Own Tariffs to US Goods?

A final ruling on the Bombardier Import tariff will be made early next year. Meantime, Bombardier will likely go ahead with the order hoping that the UK government or the EU will step in. Neil McDonnell, chief executive of the Irish Small and Medium Enterprise (ISME) Association made a statement.

He stated that the EU and UK “Should signal right now that it will unconditionally, unequivocally and aggressively oppose protectionist measures by the US with tariffs of like effect”. Tit for tat in other words! It may die down with a deal between countries that will satisfy neither company – Bombardier or Boeing. This is unlikely to be the last we shall hear of the decision. A trade agreement between two or more governments.