It’s believed that the next Federal Reserve chairman may be Jerome Powell, Donald Trump’s favorite for the job.  Janet Yellen is believed to be about to be deposed as Chair of the Federal Reserve. Powell is believed by investors as somebody who would stick to the current Fed policy. However, there are other contenders. 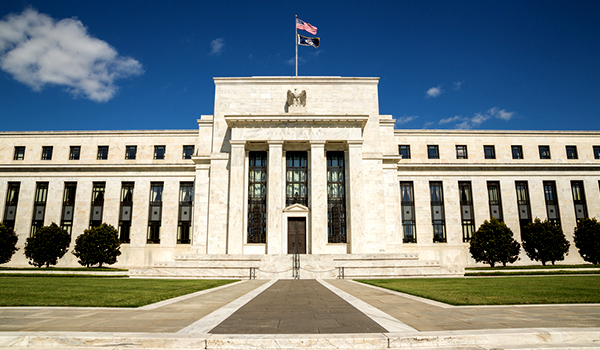 Jerome Powell to be Next Federal Reserve Chairman?

Treasury Secretary, Steven Mnuchin, is pushing for Jerome Powell to become the next Federal Reserve chairman. It seems that President Trump goes along with this.  It makes sense that, if Yellen is to go, then Jerome Powell is the person of choice to take her place.  However, many still believe that Janet Yellen is the best person for the job.

One reason for this is that it is not expected to be in the interests of the stock exchange or the US economy for there to be any significant change in interest rates.  The rate is expected to be raised in December with a forecast three rate hikes next year. This, however, depends on the inflation rate, which for now appears to be staying steady. That may be pointing to just two increases in the interest rate next year.

Two candidates for the Fed Chair are John Taylor, the Stanford economist, and Kevin Warsh, a former Fed governor.  Both these are likely to stick to the current policy on interest rate hikes.  However, that depends very much upon the rate of inflation.

If that slows down, as it may do in the US, then rates may well remain fairly stable next year.  However, should the US economy improve, as many believe it will, then there might be the rate increases by three. Maybe even four according to some.

The hawkish Powell may not make any changes to the existing Yellen policy, but the one guy that would is Taylor. He is recognized as someone who is more than willing to increase interest rates at a fairly high speed. He is said to have suggested an interest rate of as high as 3.5% – 2.5 percentage points higher than current. However, others state that he may be more flexible and settle for less.

However, if the decision is made to replace Janet Yellen, the safe money is on Jerome Powell to become the next Federal Reserve chairman.  Taylor or Warsh maybe second and third choices.  Jerome Powell is, after all, Donald Trump’s favorite.