Rolling Stone magazine shares held by Wenner Media have been put up for sale. The Rolling Stone magazine was first published in San Francisco in 1967. It was created by Jan Wenner, the founder, and Ralph Gleason, a well known film critic. The magazine mainly provides information on the music industry, but also some politics and commentary of world affairs. This is particularly related to media and music, but also a commentary on the politics of the day. 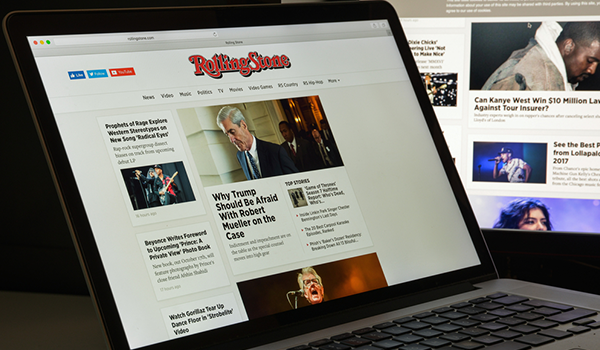 The cover of the Rolling Stone magazine was well known throughout the western world for its iconic photographs and personalities These ranged from Presidents and Popes to John Lennon, Jim Morrison of the Doors, Madonna and even more recent icons of the musical world such as Lady Gaga. If you featured in the Rolling Stone magazine then you were made!

The magazine lost a lot of credibility with readers with its fateful publication of what may have been a lie in 2014. The Rolling Stone magazine published a story regarding an alleged gang rape on the University of Virginia campus. It was published on the basis only of the alleged victim’s statement, and no charges were made after a four-month police investigation. The story was retracted in 2015 and the Rolling Stone magazine made a payment as a defamation settlement.

The above are just a few examples of how the Rolling Stone Magazine hit the headlines – good, indifferent and bad! However, such magazines have been suffering lately as more people look online for their music updates. Nevertheless, it still gets a monthly readership of around 60 million. It also has a growing social media readership, while its digital publication is also well viewed.

Wenner Media has owned more than just Rolling Stone. It has recently sold a number of titles in its portfolio. Among these are Men’s Journal and Us Weekly that was sold to the National Enquirer publisher, American Media. However, there are no indications as to who may be purchasing Rolling Stone.

The Rolling Stone magazine still remains under the ownership of the 51% shareholder, Wenner Media. The other 49% of shares are owned by a Singapore company, BandLab Technologies. This firm is involved in music and social media, offering a “social music creation platform.” Who will buy the 51% controlling Rolling Stone magazine shares? We may find out in time.