The Sony profit forecast for the year to March, 2018, has rebounded from precious disappointing results. The Japanese electronics company has announced its expectation to achieve record annual profits. The popularity of the Playstation 4 gaming console was particularly emphasized as a major reason for this. Sony has forecast that its operating profit for the year to March 2018 will be ¥630 billion ($5.6 billion – £4.2 billion). 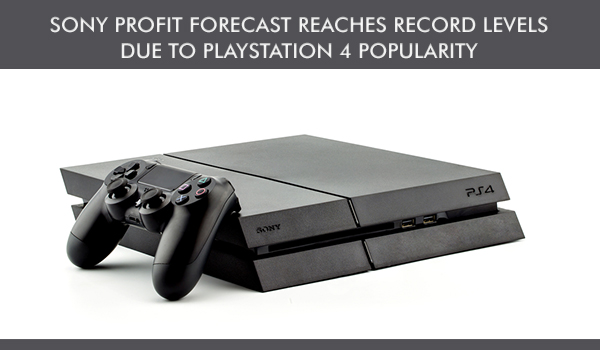 Sony Profits for Quarter Almost 347% Up

This is higher than the previous forecast of ¥500. So why has the forecast increased by so much? PlayStation and parts for smartphones! The games console has once more come to Sony’s rescue. Parts for smartphones have also been selling better than expected, helping to give the company a much needed boost.

A significant leap in profit year on year was noted as the company announces its three-month profit for July to September exceeded the same period last year by 346.8%. In the three months to September in 2016, Sony made a profit of ¥45.7 billion.

The same period this year, the firm made ¥204.2 billion, although much of the difference was largely due to earthquakes last year. Sony production was hit hard by earthquakes that affected its Kumamoto sensor plant in Kyushu in Southern Japan. It was particularly affected by a magnitude 7 mainshock on April 16 last year.

A rebound in sales of semiconductors for smartphone image sensors helped the company to recover this year. Sony also achieved a high level of sales in its movie business. This was particularly assisted by the worldwide success of the SpiderMan: Homecoming movie.

Sony’s history has involved many years of loss making, not helped by the failure of a number of high cost movies. A recent example of this was the Ghostbusters remake which failed with an all-female cast. The gender change didn’t seem to catch the public’s interest. The company wrote off $1 billion this year due to these box office losses.

Sony then focused on image sensors and gaming in an attempt to reverse the poor showing of recent years. It seems to have worked. PlayStation 4 has proved to be a very popular gaming console. Sales enabled the company to enjoy an 11.8% increase in Game and Network Services sales. That partially made up for a 20% drop in sales of smartphones. This is why the Sony profit forecast to March is so high.