Sterling Falls as Theresa May Might Face Leadership Challenge

Sterling falls against the dollar to a one-month low as the UK Prime Minister Theresa May might face a leadership challenges. The pound fell to $1.3035 Friday, and also dropped 0.6% against the euro to €1.1135. This was in spite of the FTSE 100 share index ending the week at 7,522.87, 14.88 points up. A major reason for the fall in sterling is likely to be Theresa May’s future as prime minister and the possibility of a leadership challenge 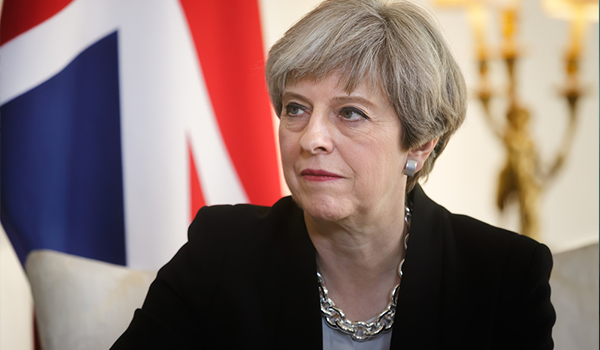 Will Theresa May Face a UK Leadership Challenge?

Sterling Falls Along With Gas Shares

Her handling of the snap election she called in June failed to impress, and her party lost its overall majority. This upset a large number of Tory supporters, not least those who lost their seats because of it. The pound had gained much of its losses against the dollar lately, but the recent decline was worrying. There are several reasons that may have been the root cause, although Tory infighting is the major one of these.

The prime minister was also responsible for a 1.69% fall in Centrica shares. Centrica owns British Gas, and Theresa May seems set on capping certain energy tariffs. During the week, she restated her intention to introduce a draft bill to that effect to the House of Commons.

Theresa May has work to do to convince MPs that she is the right person to lead the Conservative Party. Her performance at the Tory Party Conference during the week did little to enhance her authority – or her popularity.

A leadership election may depend only upon whether anybody believes this is a good time to stand against her. It would almost certainly lead to further weakening of sterling at a time when the pound is low enough. Might a falling pound be enough to delay a challenge meantime?