US Economy to Slow Down According to Natixis Investment Bank

Is the US economy about to slow down? According to French investment bank Natixis it is starting from next year. According to Natixis chief economist, Patrick Artus, there will shortly be a significant slowing down of the US economy. What is the evidence for this, and how will this slowdown take shape? 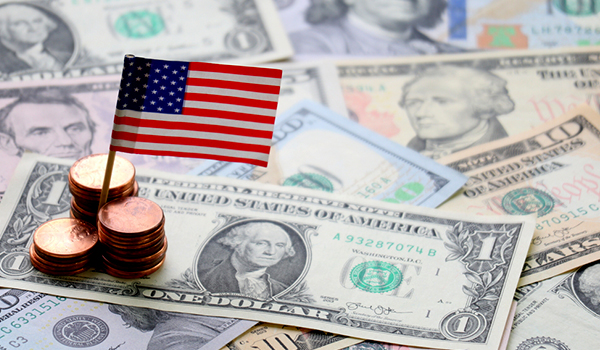 The US Wages Slowing Down?

Artus claims that “real wages are slowing down” and that “there is a limit to the rise in the participation rate and the employment rate.” This will result in a market sell-off, an increase in interest rates and the dollar will depreciate and lose value. He also claims that the current “high” corporate investment rate will require a downward correction. But how accurate is this assessment?

US Growth Rate Slowing Down?

His views are not shared by US analysts or by the banks but should be considered nonetheless. President Trump’s economic plan is based on an economic growth target of 3%. This, however, is dependant on tax cuts this year. Goldman Sachs has predicted a slowing down of the US growth rate to 1.5% annually over the next 3 years. This is despite a predicted annual world growth figure of 3.9% through 2020.

According to the BEA (Bureau of Economic Analysis), real gross domestic product (GDP) increased at an annual rate of 3.0% in the third quarter of this year compared to 3.1% second quarter. This can hardly be referred to as a significant drop.

Signs Of Slowdown in US Economy

There are some signs of a gradual slowdown, some of which is due to hurricanes Harvey and Irma. Even so, however, the general rate of industrial growth is very weak and does not pear conducive to an improvement in GDP over the short term. Does this indicate a general slowing down of the US economy? It’s doubtful, although not everybody is scornful of the beliefs of Patrick Artus. He warns of potential falls in equity value and share prices as potential results of a slowdown in growth.